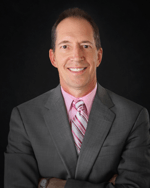 Peter was born in Albuquerque, Mexico. He has a Bachelors Degree in Spanish from Middlebury College. He is a certified Heart Lung Pump operator. He received his real estate license in 1978 and sold 57 houses in his first year. In 1983 he moved to Los Angeles to pursue a professional career in music. Songs that he wrote and played on the album, Burns Like a Star by Stone Fury can still be heard on iTunes and seen on YouTube.

Everybody likes to buy and nobody likes to be sold. If we are to stop selling, then how do we get customers? We will show you that customers will pay money for two things. Solve a problem(pain) or get them something they want(pleasure). If we focus on a variety of ways to give them value, then we will create a steady stream of buyers and sellers. Once we understand the 4 unique personality types and 3 learning modalities, it becomes much easier to create value the way they want it.